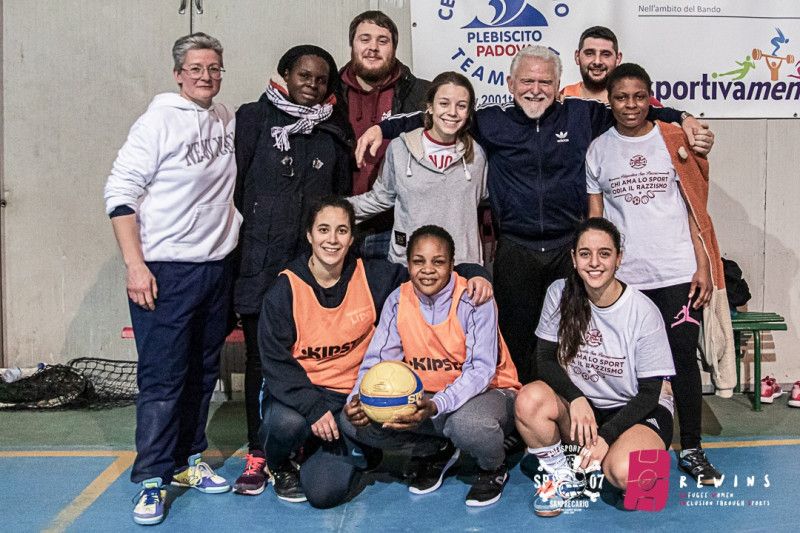 The REWINS (Refugee Women Inclusion through Sports) partners have made a productive start to 2020, after setting up several new women’s football teams at the turn of the year.

Organization Earth launched their team last September during the Goal for Global Goals Tournament at the European Week of Sports.

But despite a number of players joining the side at that point, a regular time and place for the training sessions couldn’t be found until January, when they sourced a pitch and recruited a female coach.

Away from the pitch, a trip was organised to go and watch the Greece national women’s team train and have a Q+A with the players and coach afterwards.

The next activity will see the Greece squad visit the Skaramangas refugee camp, where most of the Organization Earth players live.

Meanwhile in Italy, Polisportiva San Precario set up a team of ten refugee women last November, after generating a lot publicity to register for the side through flyers and online promotion. Training started on 22nd January, but the Covid-19 outbreak meant that only four of the five scheduled sessions could take place.

During this period, the players showed signs of great improvement and five more women joined the squad.

Over in Denmark, Girl Power Organisation partnered up with two refugee centres in Sjællsmark and Sandholm, and were also assisted by Danish Superliga side FC Nordsjaelland to recruit players for their team.

A number of volunteer coaches trained the side, and Girl Power were also able to run educational workshops, tours and sightseeing trips for the players.