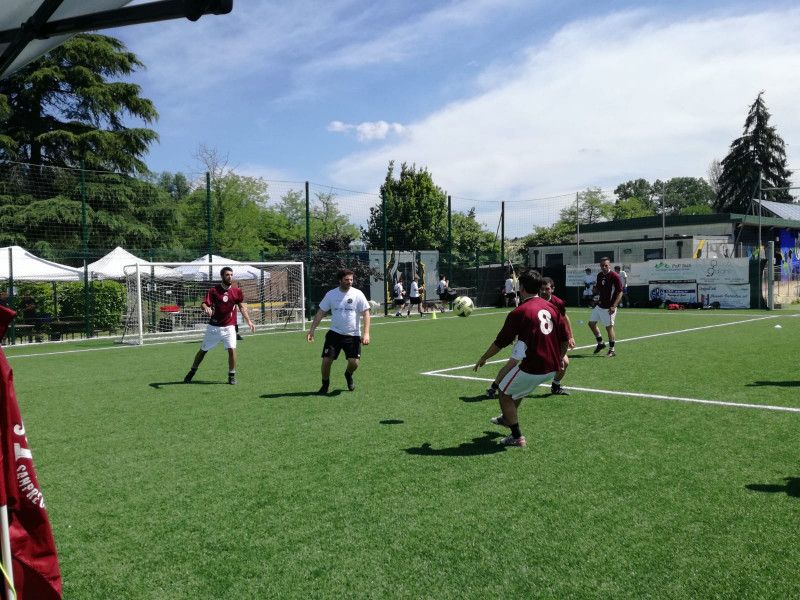 The Fare network, together with project partners Champions Ohne Grenzen and Polisportiva San Precario, have for the past few months held a series of sports sessions and Action Days as part of the INSPIRE4ALL project.

Below a summary of how the project has developed so far and how it has responded to the needs of refugees in Italy and Germany.

The German organisation Champions ohne Grenzen began with a needs assessment, meeting with refugee women and others who were not yet involved in sports activities. As a result of these meetings and the resulting surveys, two sport sessions were developed to help address the issues that were identified – issues such as child care, creating a protective atmosphere and a lack of resources.

To help further address the challenges of the INSPIRE4ALL project Champions ohne Grenzen increased the size of their team, allowing them to promote their organisation’s activities in refugee camps, language schools and other networks. This was a great success – during the last practice session before Ramadan 16 players took part.

As part of the project, weekly free training sessions are open for refugee women of all ages and abilities. The sessions are bi-weekly, involving both general sports and fitness classes, basketball, volleyball as well as football, with an emphasis on fun and friendship. Childcare opportunities are provided at the sports ground.

Later this August (24-26th), Champions ohne Grenzen will also organise Action Days in Berlin, featuring sports activities for locals and refugees and debates on the topic of refugee inclusion, all open to the public.

Polisportiva San Precario managed to engage a minimum of 20 refugees during the initial part of the project. However, due to the unfortunate political circumstances that are present in Italy, many shelters are closing, and refugees feel more and more besieged by the surrounding community and negative messages coming from the government. This has negatively impacted progress as some refugees have been displaced and others lost all the support they had including food and shelter.

INSPIRE4ALL Sport Sessions organised by Polisportiva San Precario have been open to refugees and local men and women of all ages and abilities. Polisportiva found through their research and first-hand interviews that having mixed sports sessions was not an issue, so both trainings are for both men and women. A variety of sports have been made available to participants.

The organisation also held its Action Days in May (18-19th) in Padua through the 2019 edition of the “SanPrecario Sport Festival” – a four-day event featuring debates and sports tournaments as well as good food and music.