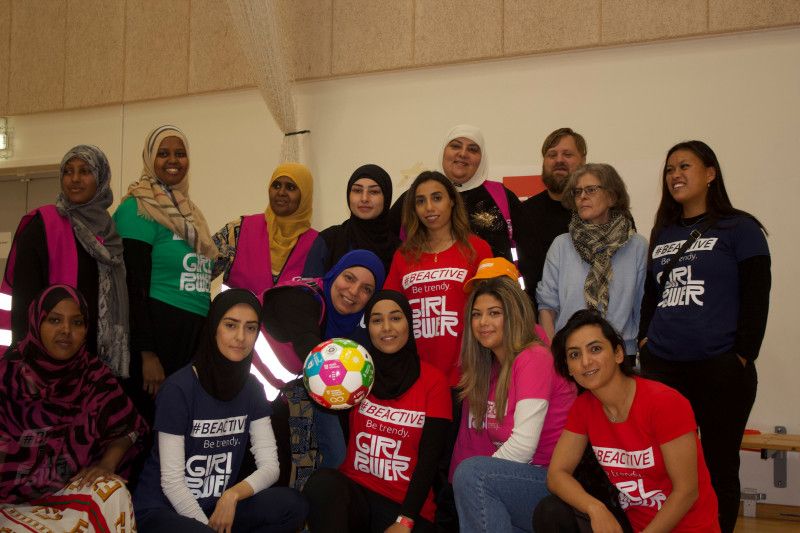 On 20th September, Girl Power celebrated the European Week of Sport by organising a one-day sports festival for girls and women from many cultural backgrounds, with the main focus being on immigrants and refugees.

The event started with music, fun football and basketball games, along with a football freestyler show, and a workshop for mothers.

After a series of games with a DJ playing music in the background, a mini football tournament took place where all the participants were divided into small groups. There were special prizes for each team, which were handed out at the end of the tournament.

More than 60 women and girls from different age group participated at the event, receiving a jersey with a goodie bag, snacks and drinks on arrival.

The participants enjoyed the event, with many saying in their feedback that they would like these activities to happen more often.

Girl Power and European Week of Sport collaborated well together, and EWOS Denmark raised awareness about the event on their SoMe channels.